When she was little bitty, my sister named my second daughter Myrtle the Turtle. It stuck. We have countless tiny turtles that were gifted to her in the early years. Ally was 6 months old when we first suspected that something was not quite right. I can remember that with AJ, every milestone check-up brought proud announcements of overachiever firsts. With Ally, things were a little different. I was determined not to compare milestones between my kiddos, but there were normal development moments and we missed them. At 6 months, it was sitting. At 9 months, it was crawling. At both 6th and 9th months, our pediatrician was cautious, but not alarmed. But by 12 months, when her attempts to crawl utilized mainly one side of her body, we had to start looking for possible solutions.

Without a doubt, she needed some physical therapy, so we began to line up options. There were also some concerns about her fine motor skills and speech, so we began working with more therapists. Our pediatrician was very quick to send us to Texas Children’s for evaluation. We saw a neurologist that began to do testing and make recommendations. The most noticeable symptom was that Ally lacked muscle control. Unlike other children her age, she could not hold her weight to stand or walk. It was decided that with therapy and leg braces that we would give her until 20 months to take a step before the testing became more invasive. They prepared us for a muscle biopsy should we reach 20 months without a step.

She went to therapy 3x a week. We experienced and did all the things they suggested. We put her in a Mother’s Day Out program to have her with kids her own age and size in hopes that they could inspire her to follow their lead. With each new manipulative step on our part to coax her to move, she developed a skill to bypass and overcome. My favorite of these was her ability to roll across the room and in her inability to stand, grasp her sister’s legs and drop her to the floor to tackle her.

Not one person, ever, has accused Ally of being lazy. She is messy. She is deliberate. She is one of the most strong-headed people I have ever known, but she is NOT lazy. She is busy. She is always on the move, and most of the time her energy is aimed for good.  From the time she was too little to know better, she has had an opinion and oh, does she like to express it. We learned this far too well in 2006.

With the 20 month mark looming, I was dreading the result. With all the therapy we could manage and many hours of working with her at home, we could not see how the process would not end without more invasive testing. But my favorite part of Ally then, is still the thing that gets me today. She never saw her deficiencies as obstacles. She saw them as opportunities to be stronger. She saw them as things she was going to have to work on. But not once in her voice or simple words did she say, “I can’t.”

She was fitted for leg braces weeks after her first birthday. She wore the braces inside her little toddler shoe for more than a year. And just when I thought that we were headed down a long road of medical uncertainly, she took a step. One step. That was all we needed for more time. So, we kept working and therapy-going and praying. We created ways to challenge her and help her gain strength. We constantly reminded her that walking and using muscles and building tone was worthy work. Benign Congenital Hypotonia. That was the diagnosis. And the easiest way to explain her condition was loose muscles. The brain and the limbs and the muscles had to coordinate and learn to control her body. So, we did all in our power to help it along. 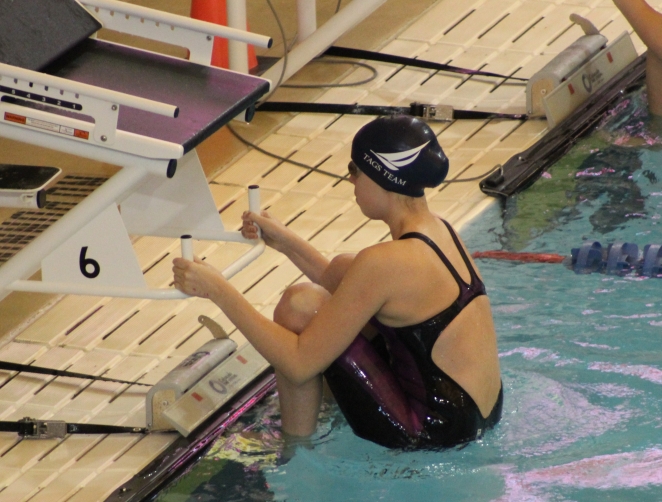 The braces that Ally wore in her early years sit on a shelf in her room next to her medals and trophies from her sport of choice, swimming. If you had told me in 2006 that Ally would have just completed her 6th short course season of year round swimming and would become a backstroker that qualifies for state and national meets at 12, I would have told you that my beautiful and precious girl could not crawl, much less swim. May this be a lesson to us all, there are times when our gifts and skills are very turtle like. They are slow. They are deliberate. But buried in the heart of the tiniest turtle can be a fire. And when the fire is brought to life with a passion and determination, that little turtle may transform into a fierce Ally-gator.

Advocating for Women's Equality in the Church and Home