Skip to primary content
I have been blessed with many mentors in my life. While I won’t go into each relationship, I will tell you about the first teenager that poured into me. Bop, or Elizabeth Jones, was my first and youngest babysitter. She also happened to be one of my mom’s youth group kids. Those kids were almost all of the teenage influences I had when I was little. Bop would come over everyday she could and take me where ever I wanted to go.

She loved me probably more than I loved her, which is a lot harder than it sounds. She would take me to her house and we would watch movies, specifically Up!, which quickly became one of my favorites. She would indulge in my crazy love for weird TV characters and did all the crafts with me.
I cannot explain how much her love for me made me comfortable around other people. Even though she moved away before middle school, I still managed to make it to Austin to spend my thirteenth birthday with her. We watched movies and did crafts and even though I was growing up, I felt like the little girl.
Now I am the teenager. While I still think I’m seven, I can now drive my homeschool friends around for lunch. I met Madeline when I was 9, a wee little thing. Everyone thought I was completely grown up because I was the oldest kid in our group. She is now 12 and one of the coolest people I know. I have happily taken on the role of her adopted older sister. 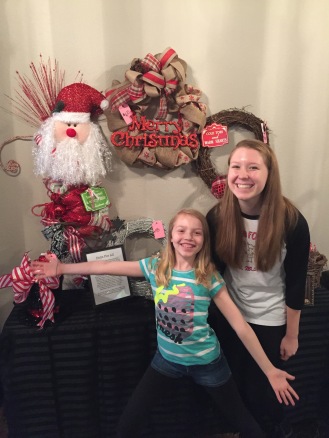 I love the person she is and the person I get to see her become. While she may think I hung the moon, she is one of the most independent and fierce kids I know. I may or may not have told her and my other homeschool buddy that they will be the next generation of everything I am establishing in Houston when I go to college. She is my favorite sixth grader I can’t believe I have known her for almost seven years.
It is one of the coolest things to see how just giving a child your attention can make them feel so confident and brave and honest. She is the kid who made me love kids over the age of 5, and getting to grow up ahead of her has given me the ability to give her all of the secrets that she needs to know. It’s pretty cool to see how I can make her feel special – the way that I felt when Bop was with me.