I spend many weekends at swim meets. Most of them start promptly at 9am. Without many exceptions, 8:59am brings a standard announcement, “Ladies and gentlemen, please rise for the National Anthem.” Today was no different. I was a timer on the first shift this morning. This meant that rather than being in the stands with other spectators, I was standing behind the lane 2 starting blocks at 8:59am. As the announcement was made and the movement around me stopped, I turned to face the flag.

I cannot count the number of times that I have heard and sung the National Anthem in my life. As a lover of sports, this is a regular occurrence. My dad is a proud singer of the National Anthem. He harmonizes and brutally critiques when people change or slaughter the tune. I have a tender spot in my heart for that moment, not out of patriotic duty, but out of humble adoration for his harmonies that I have heard in my ear countless times as we stood court or pool side. As the song began today, I swallowed. I miss the days that he is not serenading me with, “Oh, say can you see…”

As soon as I we passed the first line, I had a moment. Fortunately for all of those around me, this moment was in my heart and mind and gut. I had approximately 90 seconds of song left and in that 90 seconds, my thoughts were anywhere but the tune or the rhythm or even whether hands were on hearts or hats were off. I was somewhere entirely different today.

There were more than 800 athletes entered in the meet today. These represented families included people from all areas of town and a cross-section of industry, education and income. All I had to do was look to my left and my right to see faces of every color and background. It was not lost on me that within the 4 walls of the natatorium, I was standing with those that span the entire spectrum of political leanings. Our stories were all so different, yet here we were, all frozen in a two-minute stop for a song that brings up all the feelings for all of the reasons. Here are just a few of the thoughts that were bouncing in my brain: 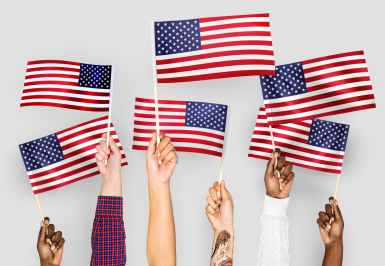 This is my brain. While some were enjoying a melody, I was having an existential crisis. Not for the sake of debate or fussing, but because I genuinely want to make this world better for people. All of the people. Somehow this just feels like a task that gets heavier and heavier. As the song hit the final lines, my thoughts were ping pong-ing and the face standing next to me was the final punch.

I was standing 10″ from the son of a Coast Guard officer. At 12, he has moved around the country for family and country and yet he has spent the last month with talks of shutdown and no pay. In his own way, through his adolescent filter, he has heard stories and lived firsthand what service and sacrifice means. He has also listened to the policy and talking heads, both in the media and in the junior high hallway. He has his own experience with all of these things, but my heart for teenagers kicked open a new wound in that moment.

I can’t fix all that is broken in Washington. I can’t make my furloughed friends receive a paycheck. I can’t give answers to those that feel like the ‘system’ is failing them. And to be gut level honest, on my worst days, I don’t even have certainty about how my vote or advocacy hours make this world any better for the next generation. I get so tired of the grind of speaking up and being shut down.

But I have to keep going. Not because I have it figured out, but because of faces like my 12-year-old swim buddy and my 16-year-old dreaming daughter and my friend that needs to know he is not forgotten in a massive political juggernaut. This is not about any ONE policy. My feelings of overwhelming weight are about all who feel forgotten and lost and hopeless and voiceless. It’s about the overwhelming sense that many of us have that we are pawns in a schoolyard fight rather than humans with flesh and blood and wounds and scars from executive orders and partisan bickering.

My husband is the anti-political to my rhetoric. During most election cycles, I drag him to the polls with the entire ride consisting of the 5 minute recap of a year of research that I have completed on all the issues and candidates. He is polite. He is tolerant. But he rarely engages. Something bizarre has happened in the last two weeks at my house. I have come in (more than once) to him watching a TV report on the day’s events. The REAL problem has been that he is watching these conversations on the WRONG channel. With my ever annoyed tone, I questioned his motives the other day. This was his response. “I need to hear how the other side is going to spin this, too.”

If you know me, you know that this was not well received. But like most things in this family, my passion was met with his thought and together, we are better. I have no doubt that gut check moments like this make think…and change. I wonder how many of us need to flip the station or scroll away from our regular news sources to fact check or knowledge and listen to the viewpoint of others. I know that’s what was inspiring my thoughts today. I wasn’t just thinking about the Americans with whom I agree on policy. I was forced to think about the whole of America.

1 thought on “Oh, Say Can We See a Bigger Picture”